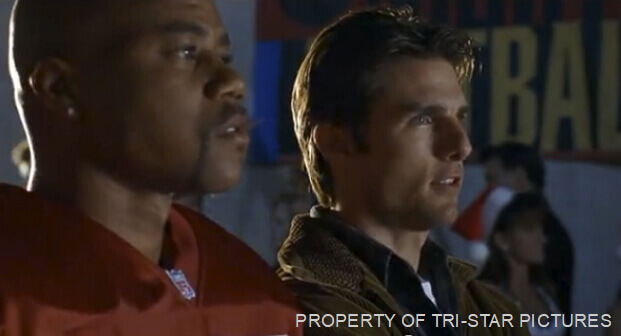 BECOMING AN “AMBASSADOR OF QUAN”

If you’ve seen the classic sports movie Jerry Maguire, (yes, it was on a few nights ago and I just had to watch it… again), you might remember the final scene between NFL player, Rod Tidwell (Cuba Gooding Jr.), and his agent, Jerry Maguire (Tom Cruise).

The two had gone down an extremely rough road together, but their perseverance finally pays off when Tidwell lands a big NFL contract. It’s announced during an interview on national TV, and through a flood of tears, Tidwell calls out to Maguire and tells him he is his “Ambassador of Quan.” It’s an awesome scene and one that continually reminds me that business is so much more than just trying to make a buck.

So what is “Quan”? In Tidwell’s very own words, Quan is…

“Love. Respect. Community.
And the dollars, too.
The entire package.
The… Quan.”

As I watched the movie, it occurred to me that manufacturers who truly enjoy working with their sales channels probably already have some Quan going on. But if you’re looking for more, here are some ways to pursue a more fulfilling and rewarding relationship with your dealer network…

In the words of sports agent Dicky Fox (also featured in the movie):

“The key to this business
is personal relationships.”

In fact, it’s the key to nearly EVERY business. So, if you’re ready to go deeper, why not make THIS the year of becoming your customers’ “Ambassador of Quan.”

HOW LONG CAN A STRONG BRAND CARRY A LESS-THAN-STRONG PRODUCT?

AN IMPORTANT MARKETING LESSON FROM THE STREET… ER, STREET CORNER